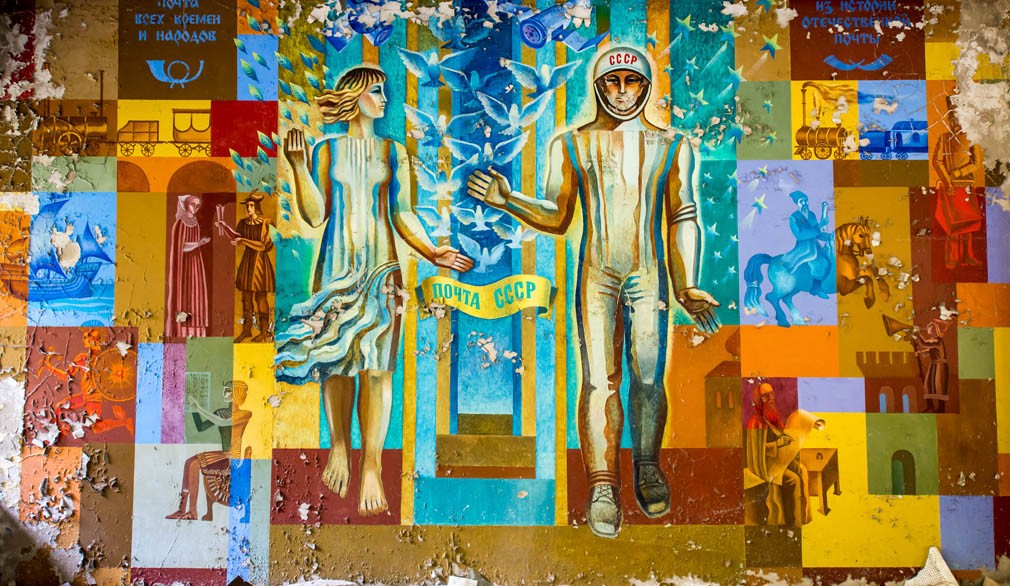 This image is one of the most stunning paintings i’ve seen so far in the abandoned city of Pripyat in northern Ukraine.

It depicts the soviet citizens enjoying peace with the image of the doves and on the right it also shows the superiority of the Soviet people as the first people into space.

This image was taken on my 2012 visit to Chernobyl and Pripyat, Pripyat of course is the abandoned city near the Chernobyl nuclear power plant which exploded in 1986 leaving the city un-inhabitable.

This site uses Akismet to reduce spam. Learn how your comment data is processed.

Dark Pripyat Has to be one of the best FREE books i have ever downloaded.

Thats an amazing book mate, I’ll pass on the link to everyone I know will be interested!

Superb book, a terrible disaster very well documented. The audio clips are very eerie but right for the book.

A collection of my favourite sites: